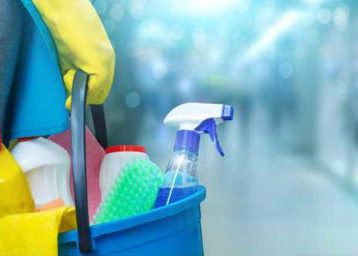 Targeting acute care hospitals over a seven-year period from 1999 to 2005, the study found significant increases in the rates of major communicable bacterial infections, including methicillin-resistant Staphylococcus aureus (MRSA), vancomycin-resistant Enterococcus (VRE) and Clostridium difficile (C. difficile). The empirical results, published in the December issue of the American Journal of Infection Control, demonstrated that the rates of MRSA more than doubled during that period.

When a person is admitted to the hospital, the goal is to get better. Unfortunately, because patients often have weakened immune systems and are surrounded by others who are ill, hospital or health care-acquired infections (HAIs), also known as nosocomial infections, are common in health care facilities throughout the world. One study, for example, estimated that 1.7 million HAIs cases occur each year in American hospitals and other health care facilities, leading to 99,000 associated deaths. According to the Center for Disease Control (CDC), the cost of this to the healthcare Industry could be as much as $45 billion annually [Probiotic Cleaning: A European Perspective, 2017).

According to a study by the Royal College of Medicine, over the life course, the residual effects from chemical cleaners accumulate in our bodies in ever-increasing amounts. These have health consequences that are rarely attributed to them. Although most of the compounds in these cleaners have been tested for toxicity, we still do not know how dangerous they are when mixed with other substances (The air we breathe: The lifelong impact of air pollution, Report of a Working Party, February 2016).

Chemical-only cleaners are formulated with caustic and environmentally harmful agents. These are often mixtures of hazardous chemicals such as quaternary ammonium compounds, 2-butoxyethanol, boron, ethanolamines, phosphate, surfactants, and detergents (Martínez-Peña et al., 2013; Bello et al., 2009). With suﬃcient exposure, they can result in health outcomes such as contact dermatitis, respiratory disorders, poisoning, bacterial resistance and death. There are also environmental consequences, which impact the anatomy and physiology of terrestrial and aquatic organisms, soil and aquatic habitats.  The potential induction of antibiotic resistance also represents a highly undesirable side-eﬀect of chemical cleaning because it allows re-infection within 30 minutes.

In September 19, 2016, the Environmental Protection Agency Office of the Inspector General, 16-P-0316, warned that the EPA ‘needs a risk-based strategy to assure the continued effectiveness of disinfectants’.  Nonetheless, as currently designed and implemented, the EPA’s testing procedure does not assure that disinfectant products continue to be effective after they are registered.  Specifically:

We recommend that the Assistant Administrator for Chemical Safety and Pollution Prevention suspend the current testing procedure until a one-time re-registration process is completed. We further suggest that a risk-based testing strategy be developed and implemented.

John C. Moore is an American lawyer/entrepreneur and developer of Professor Microbe, a 100% organic, food-safe, earth-friendly, people and pet-safe, all-purpose, chemical-free, fragrance-free cleaner. He can be contacted at www.profmicrobe. com healthycleaninginstitute@gmail.com 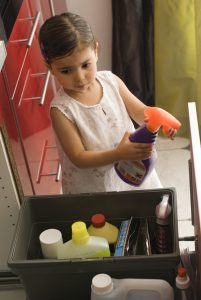 ARE YOU SURE CHEMICAL CLEANERS ARE SAFE FOR YOUR FAMILY?

NEXT TIME, READ THE LABEL WHEN YOU BUY CHEMICAL CLEANERS AND DISINFECTANTS ARE YOU SURE THESE PRODUCTS ARE SAFE FOR YOUR FAMILY? profmicrobe.com The following 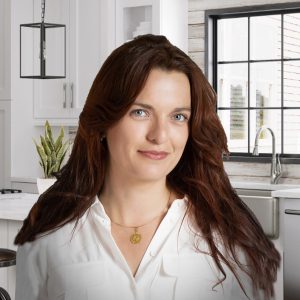 I called Poison Control, My story. By Kathy C.

Prof. Microbe, Let me begin by saying that I am a bit of a “cleaning” freak! I will look for things to clean and “clean”